Just when you thought it was safe to go back in the water: A giant, 1,000-pound great white shark named Ironbound has been spotted swimming off of the Jersey Shore, near the site of the infamous shark attacks that inspired “Jaws.”

“When we tagged him — he was impressive,” Bob Hueter, chief scientist at Ocearch, the nonprofit marine organization tracking the shark, told CNN of the jaw-dropping sighting.

According to Hueter’s research team, the 20-year-old shark sported a tracking device that pinged off the coast of New Jersey on April 28 at around 10:30 p.m. He was last spotted May 3 far out in the Atlantic Ocean, due east of Philadelphia, Live Science reported.

Ironbound — who takes its name from West Ironbound Island, Nova Scotia, where he was first sighted — reportedly measures a whopping 12-feet long and weighs 998 pounds, per the Osearch site, where you can track the shark’s progress for yourself.

While undeniably gargantuan, Ironbound is average-sized by the standards of great whites — the world’s largest predatory fish — which can grow to 20-feet long and weigh more than 5,000 pounds. Osearch, meanwhile, has reportedly tagged sharks as long as 17.5 feet and which weigh 4,000 pounds.

First tagged in October 2019 off the coast of Nova Scotia, Ironbound has since traveled an estimated 13,000 miles up and down the East Coast, CNN reported. 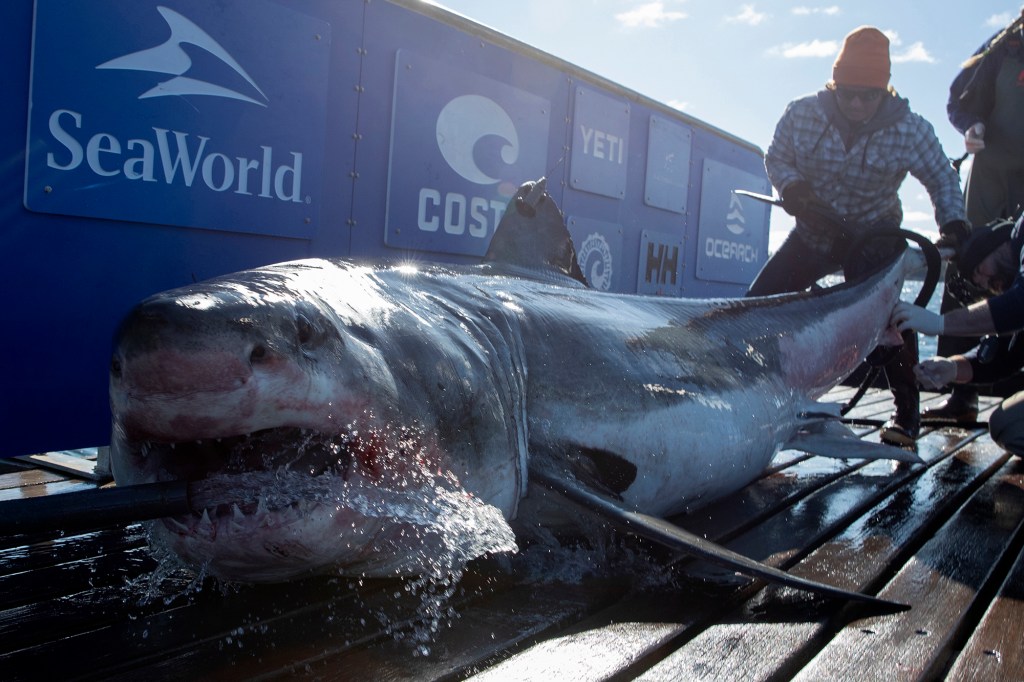 Ironbound is seen back in 2019, when it was tagged in Nova Scotia. 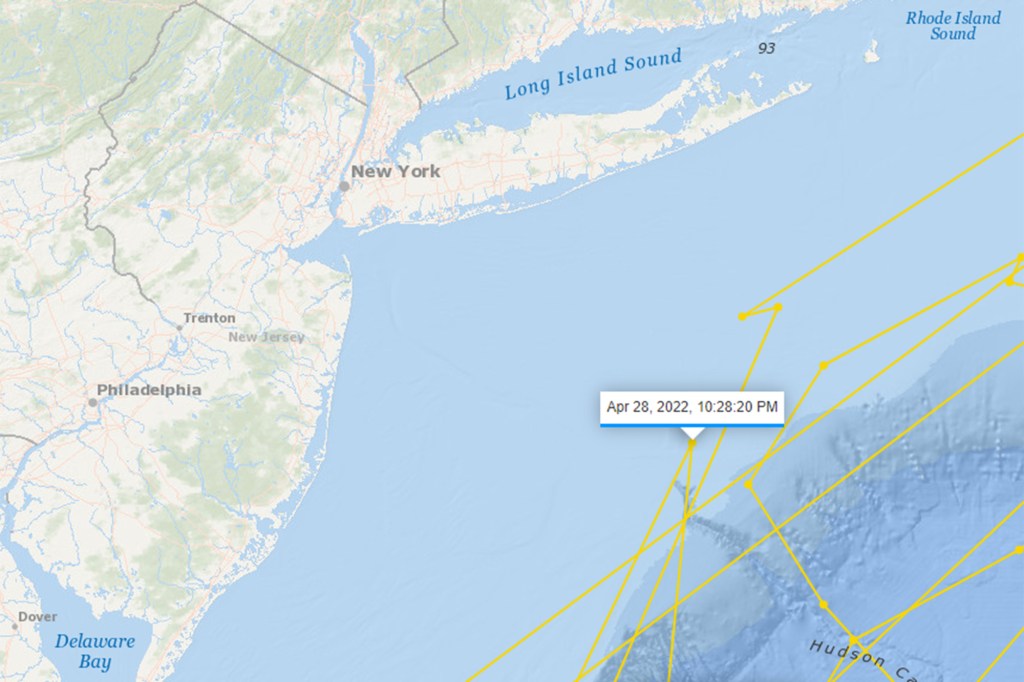 First tagged in October 2019 off the coast of Nova Scotia, Ironbound has since traveled an estimated 13,000 miles up and down the East Coast.

“He’s gone back and forth from where we found him in Nova Scotia and the Florida Keys several times,” said Hueter.

The scientist predicts that the predator is heading for the “very rich feeding grounds” off of the Northeastern US and Nova Scotia, where he will spend most of his summer and early fall before heading back down to Florida.

Coincidentally, the New Jersey coastline was also the site of the infamous 1916 great white attacks that inspired the 1975 classic Steven Spielberg movie “Jaws.”